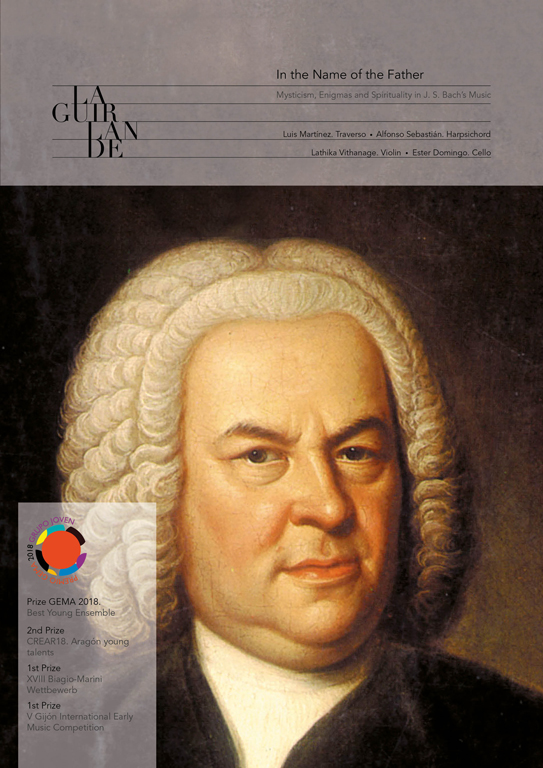 In the name of the Father

The Bach family contributed to history with a great number of musicians of all kinds during 16th and 19th centuries, although it is true that nowadays Johann Sebastian (member of the fourth generation after the first Bach musician we know of, Johannes Bach) is considered as the most important figure in the family.

Based on his solid counterpoint, the Leipzig Master took the music of the Baroque to its ultimate expression and, moreover, filled it with matchless mysticism. 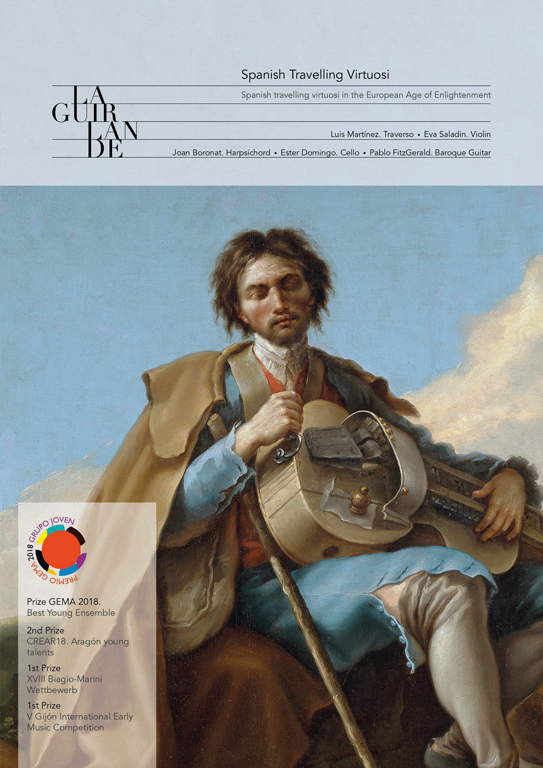 The Enlightenment had great influence in all aspects of daily life at the time, such as scientific, economical, political and social. Following its strong humanistic and cosmopolitan nature, groups of aristocrats, intellectuals and artists travelled freely throughout Europe.

Although Spain is not considered one of the main European music centres in the 18th century, it is true that there was no lack of great musicians and important virtuosi. Many of them embraced the cosmopolitan ideas of the Enlightenment, and decided to travel abroad in search for both success and new, stimulating experiences. 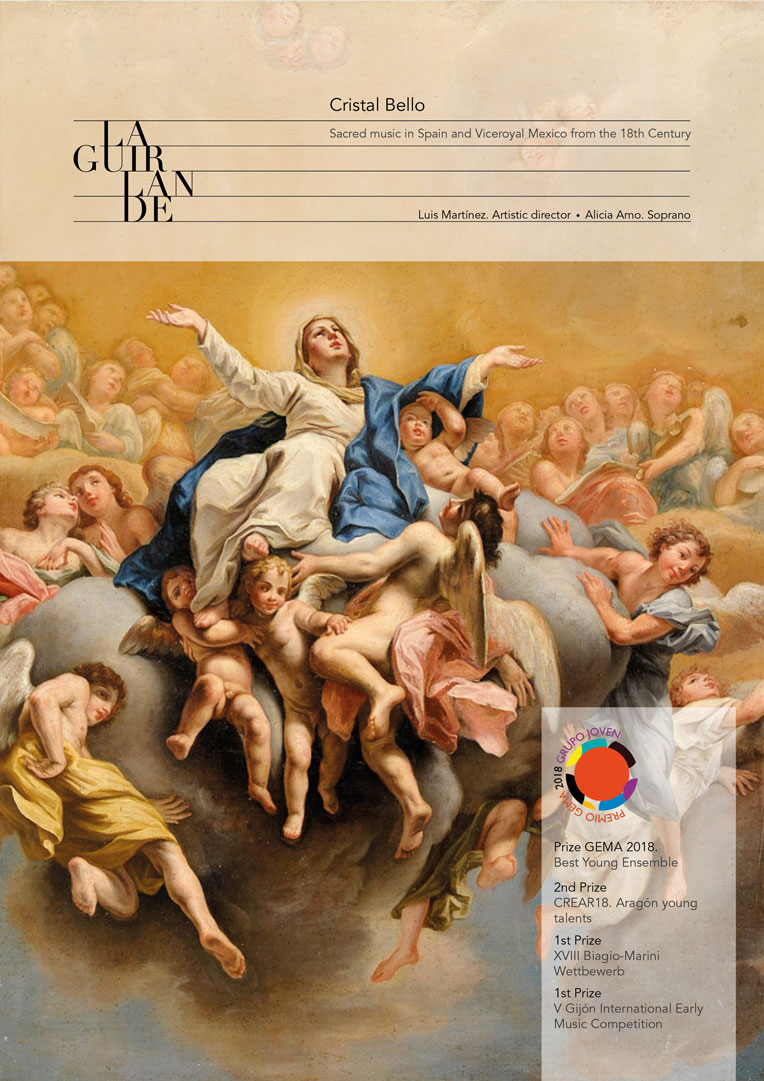 During the first half of the 18th Century saw a notorious change in musical taste throughout Europe. This taste, which musicology has defined as “galant”, holds Italian opera seria as its main reference, with its lyrical and cantabile melodies and transparent textures. Being fashionable became a composer’s main concern, causing a continual circulation of new music, especially that composed by Italians. In this sense, the Spanish monarchy was no exception.

This programme proposes a selection of sacred pieces performed in Spain and Mexico virreinal of the 18th century. The composers appearing in this programme belong to a generation born around 1700, a generation very much influenced by Neapolitan authors. It was precisely these composers the ones who began composing for flute more frequently in Spain. It was an instrument that was gradually introduced in the Spanish musical chapels from the decades of 1720-1730, its use being registered later in the musical chapels in Ibero-America. 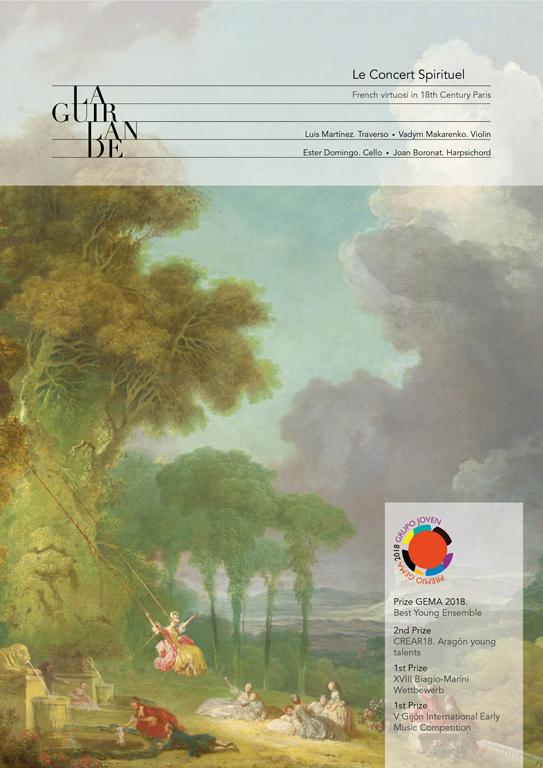 Founded in 1725, Le Concert Spirituel was an institution which organised concerts up until 1790, mainly for an audience of well-heeled bourgeois, low aristocracy and foreign visitors. It was created with the idea of providing entertainment during religious festivities when the grandest Parisian shows were closed. These concerts were held for many years in the Tuileries Palace, and the programmes often included a mixture of sacred works and instrumental virtuosic pieces for the musicians to showcase their skills and abilities. Many of them were composed and performed by musicians who worked in Le Concert Spirituel. 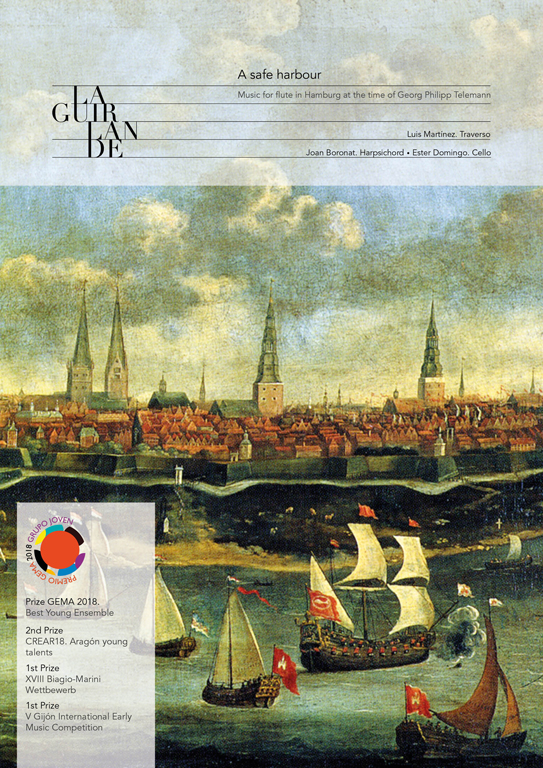 In oposition to the degrading duties and work conditions in German courts, or from the provincialism which prevailed in the rest of the country, Hamburg, the metropolis of the north, was one of the most important musical centres in Germany. The city was especially proud of their great harbour, “Germany’s gate to the world”. Thanks to it, the inhabitants of Hamburg were soon able to enjoy some prosperity, and did not hesitate to allocate part of their large profits for cultural purposes.

And thus the city, bastion of Protestantism, opened the first opera theatre in Germany. And just as London attracted musicians from all over Europe, the rich and liberal Hamburg became a focus of attraction for a great number of their German colleagues, who travelled there in search of an escape route. 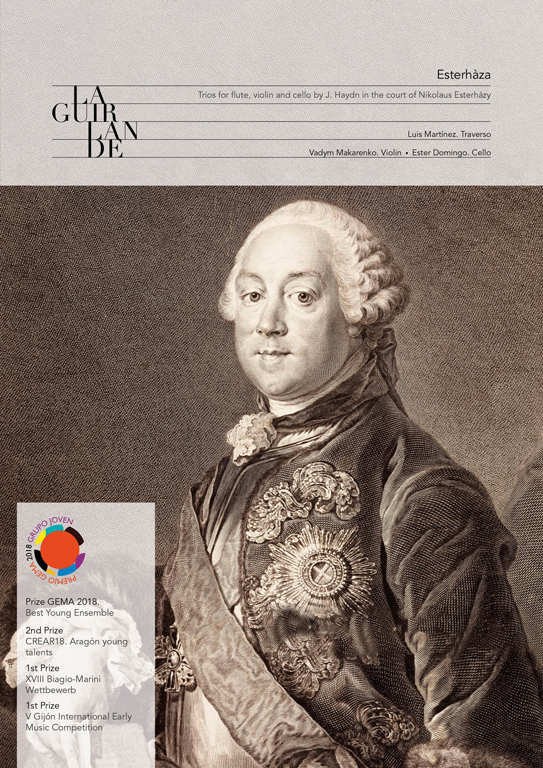 In 1761, the Viennese composer Joseph Haydn comes into service at the court of the Esterházy family, one of the richest and most influential of the Austria-Hungarian empire. Haydn worked for almost 30 years for the Prince Nikolaus I Esterházy, nicknamed “The Magnificent” due to the huge amount of money and resources he put aside for organising different kinds of spectacles and entertainments.

During this period, Haydn wrote as many as 175 works for bariton, an instrument from the family of the viola da gamba which had gained a certain popularity in the second half of the 18th Century, and which Prince Nikolaus himself played in the daily chamber concerts. Due to the gradual fall of use of the baryton and probably to a commercial interest, Haydn arranged several of his 126 trios for bariton, viola and violoncello into works for flute, violin and violoncello. The arrangement of these works, both his own and by other composers, to different formations was a regular practice of the period.

Type of programme
Trios for flute, violin and violoncello by J. Haydn in the court of Nikolaus Esterházy
Pieces by Joseph Haydn 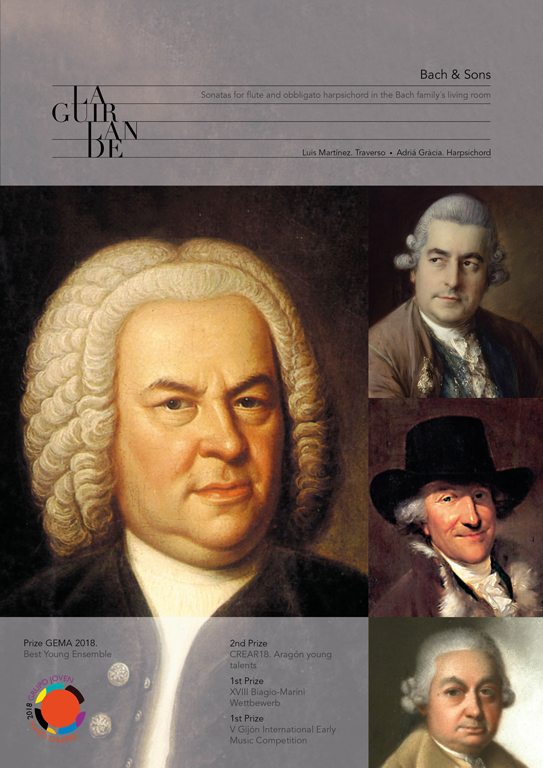 Although it is true that nowadays Johann Sebastian is considered as the most important figure in the family, this was not always so. Quickly forgotten by most in the late 18th century, it was his children who actually exerted a big influence in the music of their time, each one of them with a distinct personal style, characteristic and differentiated from that of the other brothers. 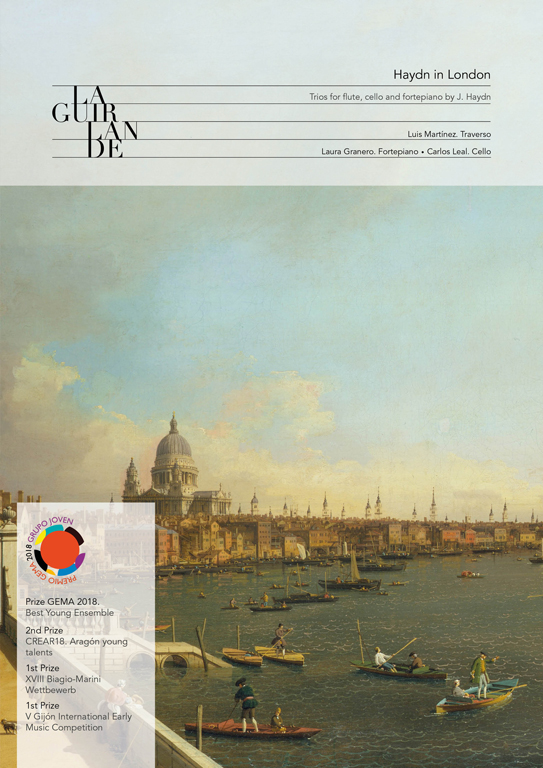 London, with its majestic river Thames flowing through it, was one of the most important musical centres of Europe. Throughout the 18th Century, the city experienced a remarkable growth. The many people that had moved to London for commerce, work or business purposes was a factor which led to its rapid development as a bustling city.

It is in this context that London attracted many musicians from all over Europe whowere looking to make a place for themselves in the intense musical life of the capital city. Such intense musical life is reflected in the enormous quantity of music printed by editors who had set up their base in London. In November, 1789, John Bland travelled to Esterhaza, where he met Joseph Haydn. In this encounter, Haydn undertook to write for Bland the three works which we can hear in this programme.

Type of programme
Trios for flute, violoncello and fortepiano by J. Haydn
Pieces by Joseph Haydn 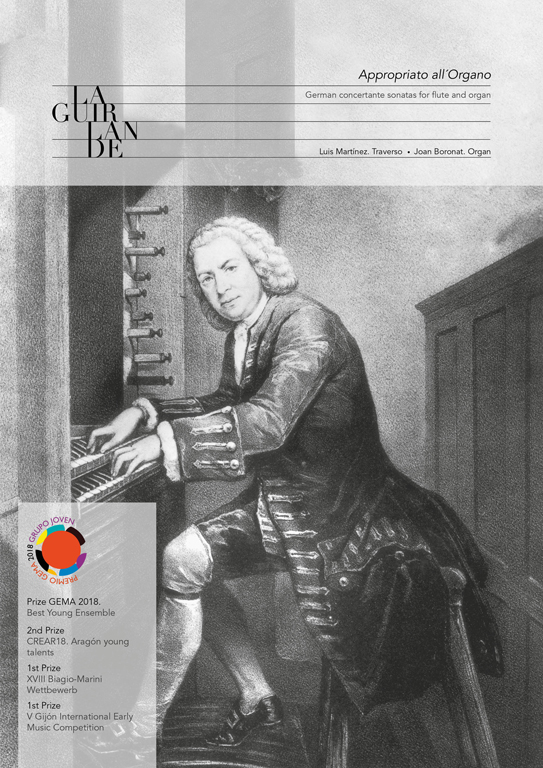 Although in concerts nowadays it is not common to hear pieces that are arranged or adapted for instruments other than the original ones, this was a customary practice in the 18th century. During this period it was not as important to “construct” or “reconstruct” an original version of a piece, as it was to present and defend the reasons for possible alternative versions. The double concept of “original” and “adaptation” or “arrangement” appeared during the 19th century because of the way the musicians of the period related to music. Something that has continued until our days.